UPDATE- Please read Comments if Shrink is not working for you.

I’ve been asked by many of my friends about partitioning their computer’s hard disk drive. The question is how to partition it & which application is to be used. This question is also asked on most of the forums particularly by new notebook owners. Most of the new notebooks come with Windows pre-installed. Therefore the first question I ask them is which Operating System are they using & if it’s Windows, which is in most cases, I tell them they do not need any third party application for partitioning. You need not spend  your hard earned cash anymore on any application just to partition your hard disk drive.

You can now access the new partition in the Computer.

Wasn’t that really awesome? It’s simple & you need not pay a single penny to create a new partition!

I was having this problem on my Windows Vista x64 based PC. Hibernation previously worked fine on my system but from some days whenever I switched on my desktop to resume my system from hibernation I got this error: ‘System was shut down unexpectedly’. Hibernation is a very important power saving feature of Windows which is very useful specially for laptop users. I prefer hibernating my desktop too. This error irritated me as I love the hibernation feature of Windows.

I tried switching off the hibernation feature using the ‘powercfg.exe /hibernate off’ command and then switched the hibernation back on by using ‘powercfg.exe /hibernate on’ command (you need to run Command Prompt as an Administrator to run these commands). I also deleted the ‘Hibernation file cleaner’ using disk cleanup and then ran those commands again but it didn’t help. That error was still thrown to me when ever I tried to resume my desktop.

After trying all this I searched for the solution and found something on MSDN forums. I tried those steps and voila! Hibernation started working again. Hibernation stops working because Boot Configuration Data (BCD) stores corrupt information. Here are the steps you need to follow in case the commands mentioned above don’t work for you: 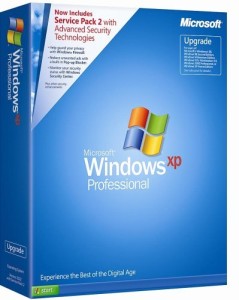 Etymologically speaking, the word Vista means ‘view’ or ‘prospect’. This leads us to the first major feature of Windows Vista and a big advantage of it over Windows XP, that is its sophisticated appearance. It does not at all prove to be an eye sore of any sort.

Even the colour scheme of the Windows is a more attractive one. It is easier on the eyes and a more balanced one.

There is a wide range of options and that too which are easy to use. The Views tab gives you a host of new options.

Viewing pictures is also much fun – the slide show gives you a more pleasure because of its sophisticated look. There are more tools which give you a wide range of options like the Snap Viewer, Microsoft Picture Manager.

The most positive aspect of Vista is its security. The virus trouble doesn’t hold you down because you are the master; you have to authorize the access. My PC has not been down with the virus ‘fever’ ever since I installed Vista. We can safely say the virus attacks won’t be frequent unlike Windows XP.

Another bonus given by Microsoft is the ‘Start Search’ option. So now you don’t have to locate the programme required – this saves your precious time.

One thing that has been troubling me ever since I installed Vista is that I have not been able to use the PCTV card on my system.

When analyzed from the point of view of the system speed – we can say it is a bit slower than Windows XP. But the speed does not serve as a deterrent.

All the readers are welcome to share their experiences.

The computer experts might not agree with my views. They are to be considered only as a user’s views.

ReadyBoost in Windows Vista can be used to boost system’s performance when more RAM is required and cannot be upgraded due to some reason. You can use Flash memory devices such as Pen drives to ReadyBoost your system. To know more about Windows ReadyBoost please read this article- Why Windows Vista is more efficient in managing system memory than Windows XP.

To use ReadyBoost on your system you first need a compatible flash memory device. I am using a 2 GB pen drive.

Now if you open the device in Computer you’ll see a file with ReadyBoost icon. This is where Windows will store the small files to boost system performance. This file is encrypted with AES-128 level of encryption & you need not worry about its security.

We all have heard a lot about Windows Vista being a resource hog & it using almost every single bit of RAM installed in our system. The task manager ‘proves’ this by showing very less Free RAM. Most of the people panic when they have a look at current system resources.

Don’t worry! This is how Windows Vista works & it’s better than Windows XP. To understand how it is better, I’ve written the internal working in simple language which, even a newbie can understand.

Here’s an example to  show you how SuperFetch works – You leave your system idle for some time & when the system was idle some heavy background process like Disk Defragmenter starts running. The Disk Defragmenter overwrites the data in RAM for its own activities. In previous versions of Windows, you would have noticed that your computer becomes slower or is performing sluggishly after such heavy, memory intensive tasks. However, in Windows Vista, SuperFetch uses memory manager to fetch the data which was flushed from the memory for the memory intensive task. SuperFetch stores that fetched data or code in a file which are known as scenario files in a low priority operation so that it doesn’t affect other active applications or processes. These scenario files are stored with .db extension in “%SystemRoot%\Prefetch” directory. SuperFetch brings back the stored data in scenario file back into system memory or RAM after that memory intensive task is completed during the idle time.

SuperFetch tries to use system RAM to the maximum extent for caching purposes & doesn’t waste free RAM by not using it. This is the reason why Task Manager shows very less free memory even if the used memory is pretty much less than the installed memory. The data in cache is flushed out when a process or an application needs memory to run itself. In simple terms, the memory is being used for caching but it appears as free to processes or applications.

So the memory hog myth is busted, now let’s move on to ReadyBoost.

To improve system performance, adding RAM is often considered one of the best options. However it is not possible in some cases like no more free slot available for adding RAM or in case of lack of finances as it’s not cheap.

In such scenarios, we can use Windows ReadyBoost, a new concept in Windows Vista. It can be used as an alternative to RAM. We can use non-volatile flash memory devices such as USB Pen Drive or Secure-Digital (SD)/MMC/CF Cards for ReadyBoost. Hard Disk Drives have better speeds in large sequential Input/Output operations & ReadyBoost is not used in case of large files. However the USB based NV Flash memory provides better throughput in case of smaller files. A device must be compatible to work with Windows ReadyBoost & you can use 1 such device per system.

ReadyBoost with the help of SuperFetch stores small amount of cache data from hard disk’s virtual memory & copies it to the flash drive. As it is copied, even if the device is unplugged no data is lost. These small pieces of data can be accessed faster from the flash drive than the hard disk which results in boosting of speed of the system. The data copied on the ReadyBoost device is compressed to the ratio of 2:1 & is encrypted with AES-128 level of encryption & you need not worry about the security of your data. With this compression ratio, a 4 GB drive can have upto 8 GB of data in typical scenarios.

Windows Vista Service Pack 1 is reported to have performance improvements in ReadyBoost.

A device must conform to these requirements:

To enable ReadyBoost on your system, please read ReadyBoost your System.