Microsoft, today, has released a patch for it’s Windows Operating Systems. The patch released on Thursday is to resolves the vulnerability in server service which could allow remote code execution. This patch is released out of the cycle just after one week of releasing the regular updates. The patch is rated critical for Windows 2000, Windows XP and Windows Server 2003 and has severity ratings for Windows Vista and Windows Server 2008. 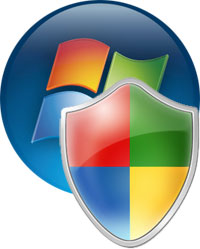 According to the security bulletin released by Microsoft, the patch resolves a vulnerability which could allow remote code execution if the affected system is attacked a RPC request. In Windows 2000, XP and 2003 the attacker could exploit this hole without authentication.

This security update resolves a privately reported vulnerability in the Server service. The vulnerability could allow remote code execution if an affected system received a specially crafted RPC request. On Microsoft Windows 2000, Windows XP, and Windows Server 2003 systems, an attacker could exploit this vulnerability without authentication to run arbitrary code. It is possible that this vulnerability could be used in the crafting of a wormable exploit. Firewall best practices and standard default firewall configurations can help protect network resources from attacks that originate outside the enterprise perimeter.

You can download the updates from the following links:

I came across an interesting article on ZDNet in which the author writes how Apple QuickTime does not play 1080p H.264 QuickTime movies properly even on a high end Windows Vista based PC whereas Mac Mini plays it perfectly.

The same thing happened to me a couple of days ago when I tried to play a 1080p H.264 clip in QuickTime on my system running Windows Vista. You might be thinking what else one can expect from the so called ‘slow’ Windows Vista. Well if that’s what you are thinking then let me burst your bubble- you are absolutely wrong! The same clip played perfectly in VLC Player on the same computer!

I downloaded some test clips and tried playing them with Apple QuickTime on my 3.0GHz quad-core QX9650 Vista 64-bit system – This rig is kitted out with Velociraptor drives, 8GB of fast RAM and a Crossfire quad-GPU setup. The results – Awful. The clip was jerky and jittery.

My system is capable of flawless Blu-ray H.264 1080p video playback and so the system is operating normally. 1080p H.264 QuickTime movies play fine on the Mac Mini through QuickTime, and they play fine on Windows when using third party media players. So the issue is here isn’t which OS is best, or which platform is best, it’s all down to Apple’s QuickTime player for Windows not being up to the job.

I’m going to ignore the fact that QuickTime virtually offers door into people’s PCs for any hackers willing to use it.

Etymologically speaking, the word Vista means ‘view’ or ‘prospect’. This leads us to the first major feature of Windows Vista and a big advantage of it over Windows XP, that is its sophisticated appearance. It does not at all prove to be an eye sore of any sort.

Even the colour scheme of the Windows is a more attractive one. It is easier on the eyes and a more balanced one.

There is a wide range of options and that too which are easy to use. The Views tab gives you a host of new options.

Viewing pictures is also much fun – the slide show gives you a more pleasure because of its sophisticated look. There are more tools which give you a wide range of options like the Snap Viewer, Microsoft Picture Manager.

The most positive aspect of Vista is its security. The virus trouble doesn’t hold you down because you are the master; you have to authorize the access. My PC has not been down with the virus ‘fever’ ever since I installed Vista. We can safely say the virus attacks won’t be frequent unlike Windows XP.

Another bonus given by Microsoft is the ‘Start Search’ option. So now you don’t have to locate the programme required – this saves your precious time.

One thing that has been troubling me ever since I installed Vista is that I have not been able to use the PCTV card on my system.

When analyzed from the point of view of the system speed – we can say it is a bit slower than Windows XP. But the speed does not serve as a deterrent.

All the readers are welcome to share their experiences.

The computer experts might not agree with my views. They are to be considered only as a user’s views.

Microsoft is offering free trial DVDs of Windows Home Server & ships them for free across various nations. You can try it for 120 days.

With Windows Home Server, you can back up all of your family’s PCs automatically. And you can connect, organize, and share your photos, videos, music, and other files with friends and family. Order the free Windows Home Server 120-Day Evaluation Kit today. We will ship it to you free of charge.

What will you receive:

Bill Gates- the man with a vision & a legend is retiring today, leaving behind his legacy. He will still be the Chairman of Microsoft but will now be spending more time guiding Bill & Melinda Gates Foundation.

Mr. Bill Gates was the man with both technical & business management skills and I wonder if Microsoft will be able to dominate the software industry in the hands of Steve Ballmer? I am not so sure and I guess only time will tell the future of Microsoft.

Bill Gates might be retiring but he will never be forgotten, he will always remain in the history of computing. I would like to wish Mr. Gates all the best for his future and plans.

Today, while surfing the internet, I found a wonderful article by Joel Spolsky. Joel worked for Microsoft as a program manager in MS Excel team. He recalls what it was like to work for Bill Gates:

When i graduated from college, in 1991, I started working for Microsoft (NASDAQ:MSFT) on the Excel team. My title was program manager. I was supposed to come up with a new programming system so users could automate Excel. I sat down to write a spec, a huge document that grew to hundreds of detailed pages.

In those days at the company, we used to have these things called BillG reviews, at which Bill Gates personally went over every major new feature. At the time, he was already famous and on the cusp of being named the world’s richest person. The day before my BillG review, I was told to send a copy of my spec to his office. It consumed almost a full ream of laser-printed paper.

Once the spec was printed and on its way, I picked at random one of the million little details of the spec that I still had to tackle: figuring out if Excel’s internal date and time functions were compatible with BASIC, the programming language we were using on the project.

So the whole reporting hierarchy was there — along with, it seemed, its cousins, sisters, and aunts. Someone from my team was there, too. His job was to keep track of how many times Bill said the F-word. The lower the F-count, the better.

Bill came in. I thought about how strange it was that he had two legs, two arms, one head, etc. — almost exactly like a regular human being. And he had my spec in his hand.

He had my spec in his hand!

This article is a must read for everyone, whether you admire Bill Gates or not. I loved every single word in it. I wish I could meet Mr. Gates someday & have a conversation with him followed by a cup of coffee.

I am signing off on this note- Long live Mr. Gates & long live his legacy.